Weightman booted a career-best five goals in his side’s 21. 13. (139) to 11. 5. (71) win over North Melbourne at Marvel Stadium on Friday, but claims the young small forward has a tendency to dive for free kicks reared its head once again.

Weightman was heavily accused of diving for free kicks in the club’s elimination final win over Essendon where he kicked four goals in 2021. Now, there are claims he is at is again. 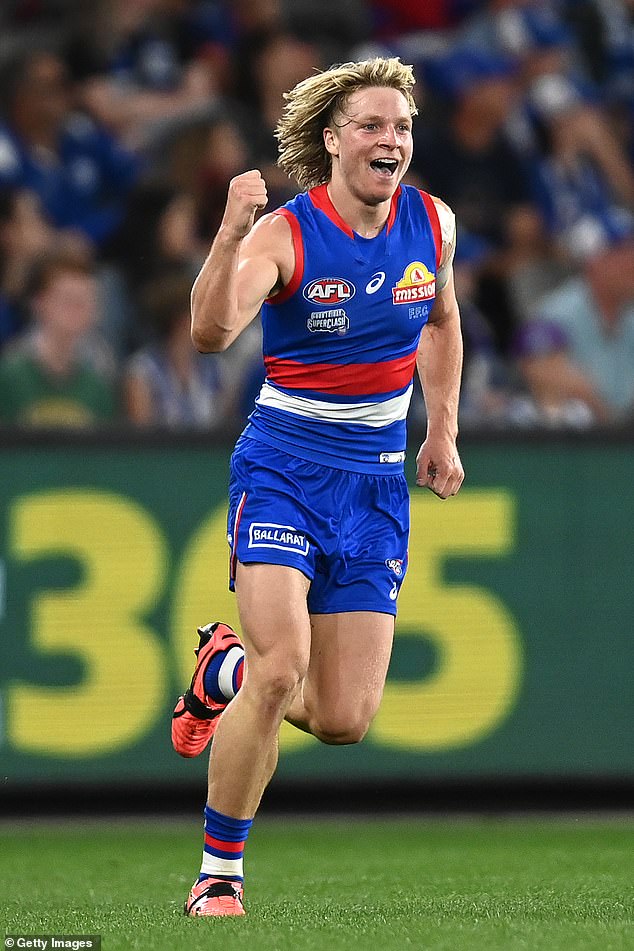 The 21-year-old cult star has developed a reputation for getting free kicks from high tackles and it happened again in the Kangaroos match. He was received a free kick inside 50 for a borderline high shot that resulted in one of his five goals.

But Beveridge has hosed down suggestions the young forward is deliberately staying down to get free kicks.

‘Even those ones last year in the elimination final – there might’ve been one that wasn’t there, but the rest were there,’ he said.

‘You’re talking to a small forward, you don’t get many breaks, so you’ve got to take them where you can get them if you can exaggerate a little bit. We don’t coach that.

‘He puts his body in, though, and he gets his pill in congestion and he plays a little collision game.

‘I think he just puts himself in situations where, because he is a little bit more diminutive than others, the opposition are prone to giving him a free kick or two away. I don’t think it’s at any proportion where we’ve got any concerns with.’ 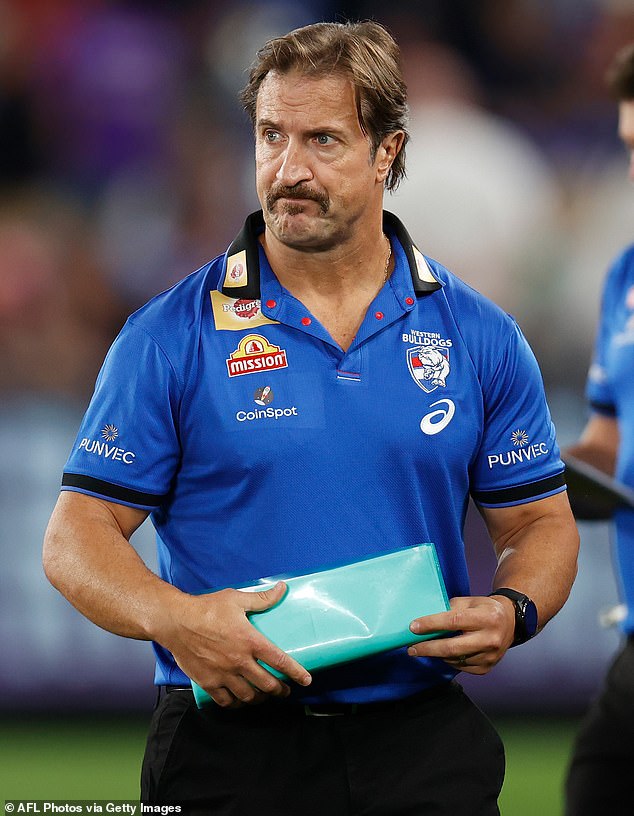 Beveridge said that Weightman attracts free kicks because he puts his body on the line, not because he is staging for cheap shots at goal

Meanwhile, former North Melbourne and Adelaide Crows great Wayne Carey marvelled at Weightman’s ability in commentary and declared he could be the best small forward in the AFL.

‘This is why this guy could be the best forward in this game – if he’s not already,’ Carey said.

‘That’s because he finds other ways to get the ball as well.

‘You want to take your centre half back into positions they’re not comfortable with. On the move at a stoppage – fantastic.’